From the moment you land in LAX Airport I'm sure you can already feel how hectic this city is. The best way I recommend to explore LA is to hire your own car - we went with the cherry red convertible :P we thought it was fitting for LA. Once you navigate your way out of the airport, it's actually a good idea to get the feel for the streets of LA.

If you're wondering where to stay in LA, its a good idea to stay central if you're looking at doing the usual tourist attractions including the Hollywood Walk. We stayed in downtown LA but if you're renting a car essentially you can stay anywhere. Accommodation in America definitely felt like going back in time and I would recommend at least hotels at a 4-star rating.

Got a stunning view of the city and you wouldnt believe this Skyspace has a sky slide that you can ride down 🙊 Pretty cool to slide down the side of the tallest building in LA! And even better place to watch the sunset 🌅

First holiday season out of Australia, can't believe it's only been 4 days at our first city! Definitely one of the most scenic and beautiful spots to see downtown LA. So lucky to catch the sunset on the Skyspace overlooking LA definitely one of our biggest and ambitious last minute trips yet 😝

If you're here to catch some celebrities, Hollywood is the place to be. 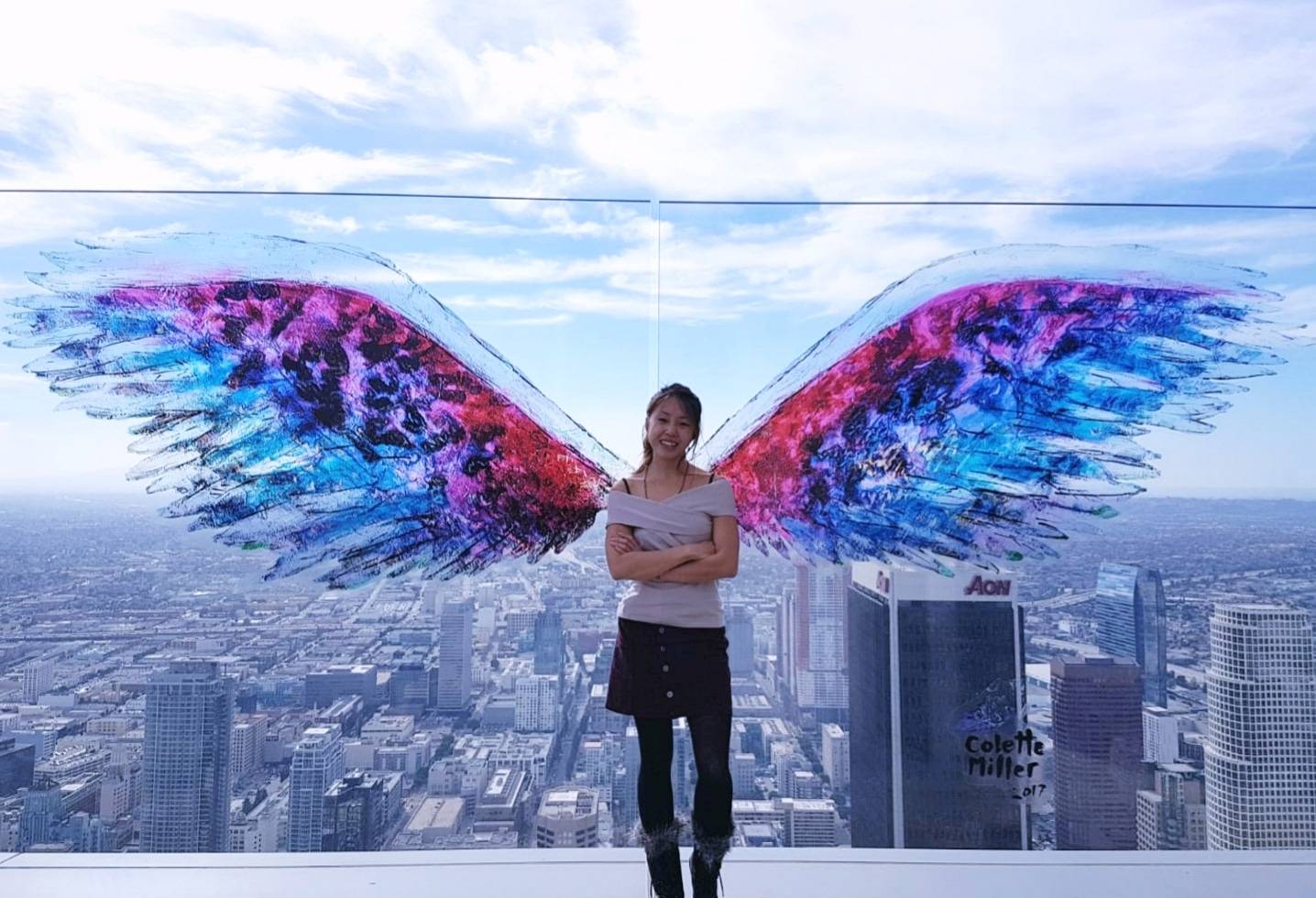 One of the most well-known landmarks for America is none other than the Hollywood Sign. Tourists from all over the world travel to Los Angles for that money-shot photo with the sign but many find are directed to the tourist trap. My sister and I did exactly that when we arrived expecting a hike to the sign which doesn’t actually get you that picture perfect photo. When you search for directions to the Hollywood Sign, you will automatically be directed to The Griffith Observatory, which in fact has 3 trails but all take you to views of the sign that isn’t as close as you would think. Although, the Observatory does still offer a great view and if you love to admire buildings and a view of LA then this is still worth a visit.

Depending on what experience you want, one of the trails do lead you all the way to the back of the sign, but we wanted that iconic photo with the sign. The reason even Google maps redirects you to these other routes is to reduce the congestion and disturbance that brings tourists to the neighborhood where u can find the best view of the Hollywood Sign. The residents of Lake Hollywood Park have even put signs up official looking but not really official signs saying ‘No Access to Hollywood Sign’ to prevent you from finding this elusive location and disturbing the peace of the neighborhood.

For us it took a day to find and that’s because we were led to the other location. Once we realised it was a tourist trap we did our research and found that access is through Beachwood Canyon and Lake Hollywood Park. Once you get into this vicinity there are multiple angles you can get of the sign, depending how close you want to get. Cars and parking are a major congestion already for people trying to find access to the sign, I can seriously imagine what it would be like if they didnt divert the majority of tourists because it was already heavily congested with traffic and people looking for the sign! Be warned as the streets are narrow in this residential area with many ‘limited parking’ areas. We took the safe route and drove somewhere to park our car and then walk after we saw the key street ‘Deronda Drive’ and knowing what we know now we know which street we need to get to. Th park and walk option is a but of a hike but definitely worth it once you find it!

The coastal drive along Malibu is well worth the sunset view on the Malibu Pier. Make sure you experience the fresh and organic food at the Malibu Farm Pier Cafe 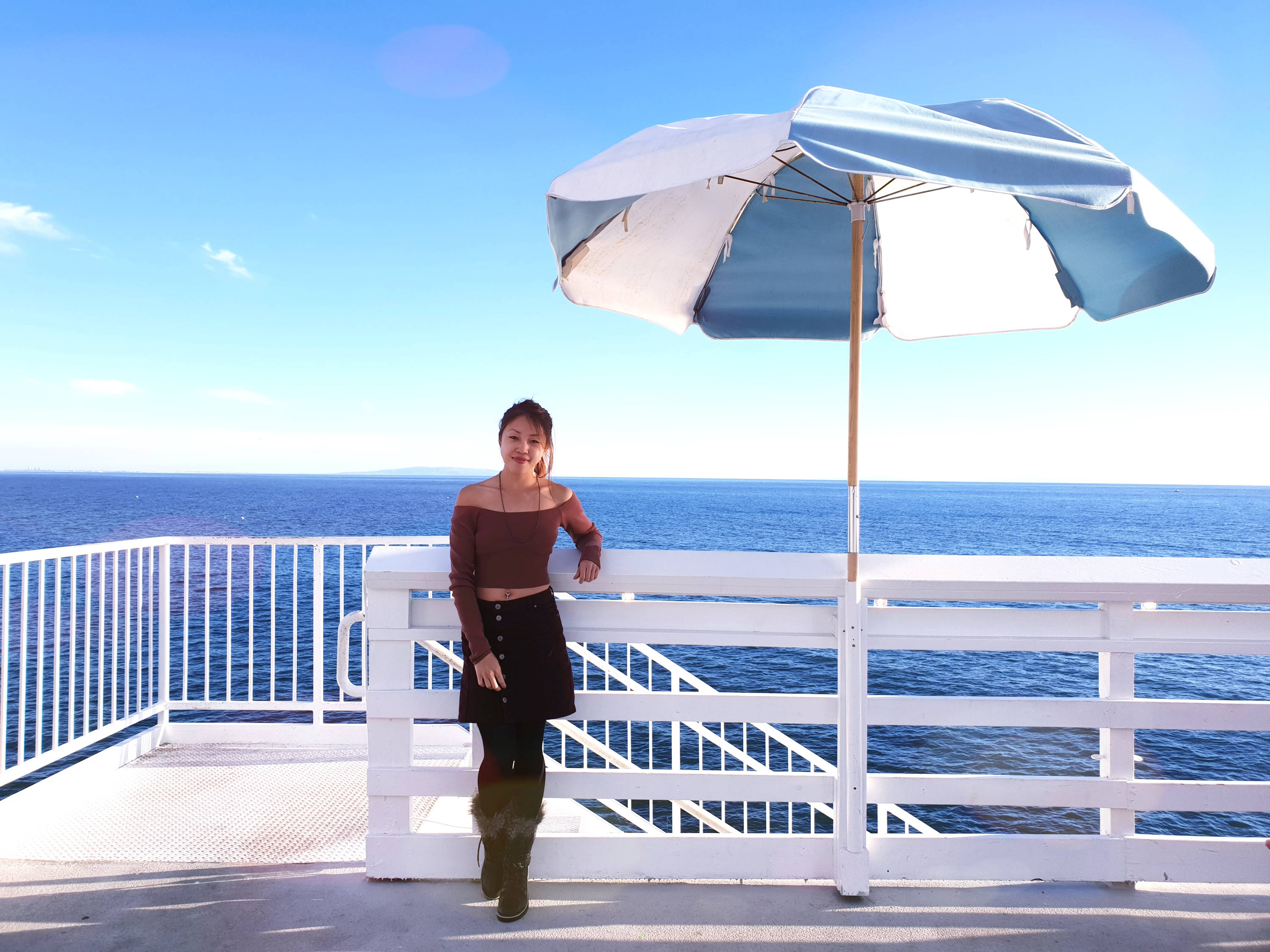 Had the best time driving along Malibu Coast in our convertible! Couldn't miss the opportunity to catch the sunset.

To maximise the amazing sunset, take a bike ride along the boulevard! 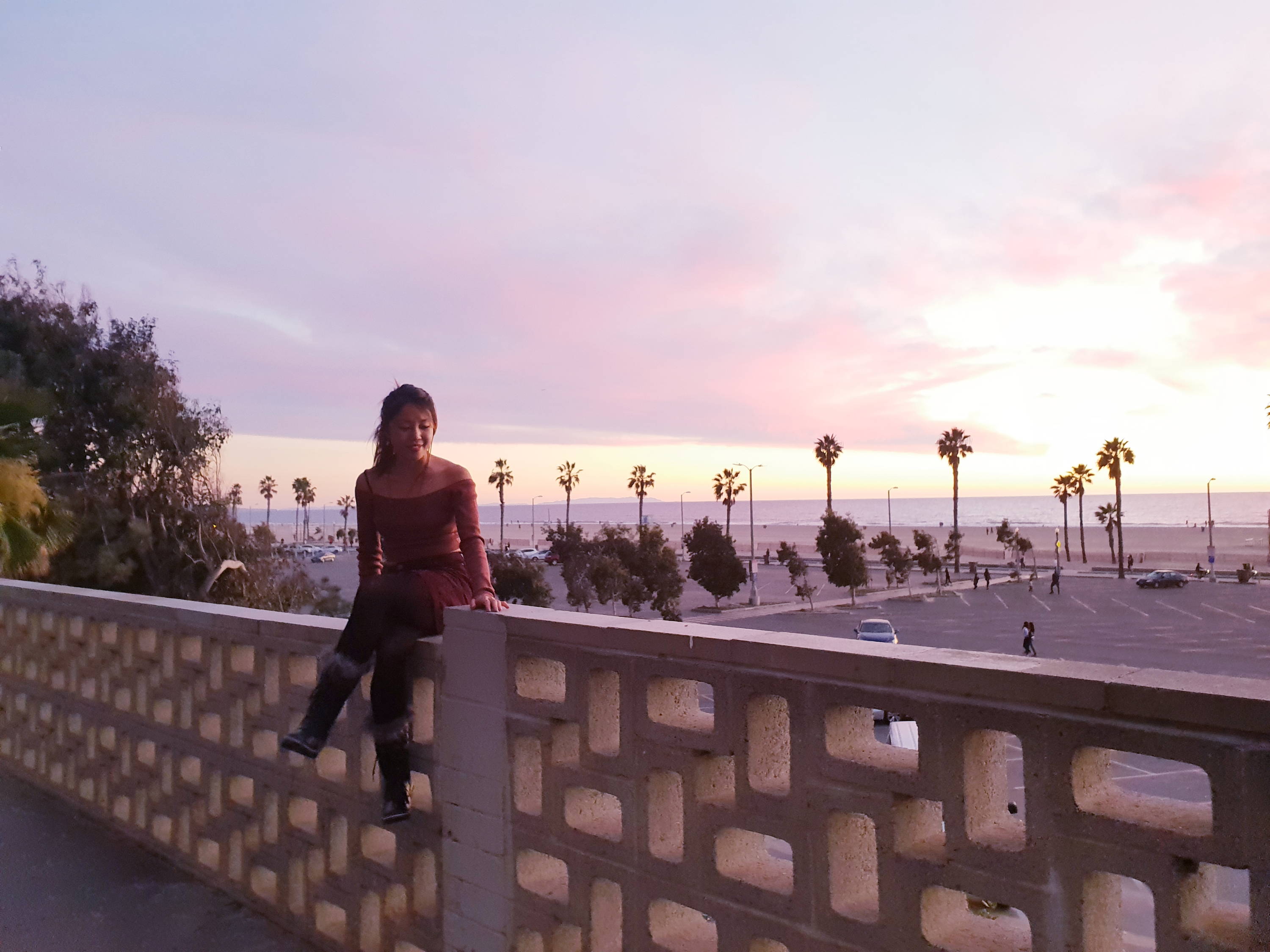 Where to stay in Los Angeles